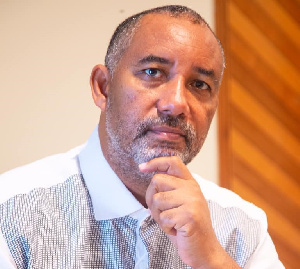 The Agyapa/Asaase agreement – selling Ghana’s Gold Royalties to investors through an SPV – has created a hullabaloo and rightfully so.

It succeeded in muddying the waters and raises a number of legal and valuation questions.

Firstly, it raises the important question as to whether Ghana Govt should be gambling by investing in a Fund, which will be managed by a Fund Manager with no reported fund management track record. A Fund with unknown objectives, and backed by a rather questionable amendment to the MIIF Act that only the Majority in Parliament approved (after a walkout by the minority), which restricts any government from changing the directors or fund manager irrespective of non-performance.

One should also question the timing of this amendment, which has subsequently allowed the SPV, originally set up as Asaase Royalties, only to be renamed in August when questions surfaced linking it to the owners of Asaase Radio – Gabby Okyere Darko and the Akuffo-Addo family – to be constructed as is.

Then there are the legal issues, on which the Attorney General, on 22nd July 2020, raised seven (7) significant conflicts between what the transaction advisor wanted done and the laws of Ghana. These issues, highlighted by the Attorney General, confirmed our worst fears and suspicions; that this agreement is both unconscionable and illegal.

Surprisingly, a new document surfaced only a few days ago dated 12th August, 2020, in which the very grave legal concerns initially raised by the AG, have been miraculously resolved with no change to any laws.

The real question is why the Minister of Finance chose an equity-sale route to raise money rather than the more conventional, tried and tested traditional and secure approach which investment bankers have used over the years to monetize future flow of assets – in this case being our Royalties- via a securitization route.

The conventional method, is to set up an SPV that will be assigned the flows from the Royalties (not sold); the SPV then issues notes to raise money for the owner of the SPV, ie GoG. Hence, in this case it is just the future flows of these Royalties that are being securitized. There is no sale of Ghana Royalties, and all the flows in excess of what is used to make debt service payments to Note-holders – interest and principal – return to the consolidated funds of the Government.

On the contrary, this controversial and unconventional route taken by government in the case of Agyapa is highly unusual. Here, GoG is selling the Royalties from 16 mining agreements, ad infinitum, to a SPV company, of which Ghana owns only 51%, and which in turn uses our Royalties to trade with no supervision or oversight.

What is the rationale of taking this unconventional route, whereby Ghana will receive no Royalties into our consolidated fund until the end date of these mining lease agreements – which is also unclear and is clouded in ambiguity?

There is absolutely no logical ground for choosing to raise money by floating shares in a brand new company with no track record. If Government needs to raise funds using our Royalties, a cheaper and more transparent way would be to issue notes in the capital markets backed by the future receivables of Royalties.

The management of the fund is yet another area where there is clearly a lack of good governance and proper clear-cut supervision. Investors are attracted to solid tried and tested fund managers based on their qualifications and experience. So, this needs to be seriously looked at as no one will invest in a brand new company unless it’s being managed by a reputable and well established Fund Manager with great credentials; well, no-one except maybe friends and family who know what they will be getting!

Another subject of concern is that of the price – the value Government (GoG) gets for selling 49% of its share of the future Royalties. How did they arrive at the price of the share of a Fund that will be receiving 75.6% of GoG Royalties from identified gold mining lease, whose specific objectives are to trade or invest in assets?

One would have expected our Investment Banker Minister to have provided a thorough Net Present Value (NPV) analysis, which would convincingly show that the rate of return from the upfront payment received for the sale of GOG’s 49% of the fund, as well as all projected future profits accrued to GoG from this company Asaase/Agyapa, will exceed the return we currently earn from receiving 100% of all our Royalties. This certainly would have helped to clarify many unanswered questions.

The current argument being raised to justify this sham of a transaction is that we the citizens do not have clarity or visibility on what our Royalties have been used for. Yet the murkiness of Agyapa is precisely why there is absolutely no transparency or accountability.

Clearly, another case of bad governance and, even worse, weak policies and law!

I believe that this fracas could have been avoided if GoG had, for example, modeled the management of mining sector revenue similar to that of the petroleum sector’s PRMA- in a transparent and conventional manner – even though PRMA has it’s own challenges, which is another topic for discussion on another fine day.

Lastly, I am appalled by the lack of independence of our Legislative arm from the Executive, as evidenced by repeated blatant State Capture schemes from the President’s Office being rubber stamped by Parliament.

Fellow citizens, this deal raises more questions than answers, as there are many crucial issues that require immediate responses clarifying the grey areas.