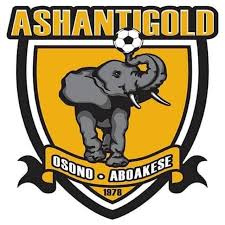 On this day 27 August 2000 (Exactly 20 years ago today) Obuasi Goldfields (now Ashantigold) sailed into the quarter-final stage of the Ghana FA Cup competition with an emphatic 6-0 win over visiting Tano Bofoakwa in their match played at the Len Clay Sports Stadium.

Goldfields who took command of the game from kick off opened the scores in the 18th minute with a spot kick beautifully converted by Sammy Adjei.

Nana Arhin Duah scored the second from a solo effort before Bofoakwa’s Richard Kyeremeh netted an own goal to give the miners a conformable 3-0 lead at half time.

Back from recess, Goldfields continued with their dominance as Sylla Abdul Karim’s terrific grounder in the 56th minute beat Alhassan Mohammed for the fourth goal.

In the 67th minute Isaac Boakye added his name on the score sheet when he tapped the ball home after goalkeeper Mohammed failed to collect Sylla’s powerful shot.

Bent on burying their opponents, the miners kept on probing for more goals and in the 88th minute Momo Wandel completed a clinical cross from intelligent Ofosu Amoah from the right flanks to seal the doom of Tano Bofoakwa.

On this day 27 August 2015 (Exactly 5 years ago today) Usain Bolt of Jamaica added the men’s 200m gold to his 100m win at the 15th IAAF World Championships in Athletics in Beijing.

The final started with the 100 meter specialist Gatlin blasting out of the blocks, but Bolt to his far outside was not far behind him relative to the staggered start.

It was clearly a two-man race. Coming off the turn, Bolt may have been slightly ahead but it was almost even, with Femi Ogunode next on the far inside. Behind them Anaso Jobodwana separated from the pack while Femi Ogunode disappeared.

Alonso Edward, the 2009 silver medalist and Jobodwana recorded the same finishing time (a national record for Jobodwana) but Jobodwana won the bronze medal by 2 thousandths of a second.

Bolt’s 19.55 winning time was the next slowest championship winning time of his career. Still only three other men have ever run faster.

This was Bolt’s fourth straight World Championship at 200 metres. At 29 years, 6 days old, Bolt became the oldest ever world champion for the men’s 200 m. The same day, silver medallist Gatlin became the oldest medalist at the distance, at 33 years, 198 days.

On this day 27 August 2018 (Exactly 2 years ago today) The Billie Jean King National Tennis Center’s newest stadium received a proper christening at the U.S. Open when then world No. 1 Simona Halep made history.

The former world number one became the first top-seeded woman to lose in the first round of the U.S. Open when she fell to No. 44 Kaia Kanepi, 6-2, 6-4, in the tournament’s first match in a newly renovated Louis Armstrong Stadium.

Halep, who lost her opening-round match in New York the previous year to Maria Sharapova, joins a small club of No. 1 seeds who have lost in the first round of a Grand Slam in tennis’s Open Era, which began in 1968.

On this day 27 August 2004 (Exactly 16 years ago today) Australia won its first ever Olympic men’s field hockey gold medal with a 2-1 win after extra-time against the Netherlands.

A center-right coalition led by the anti-immigrant League party of Matteo Salvini, the nationalist former deputy prime minister of Italy,

A London Caper With a Car James Bond Would Never Drive