Ghana international, Samuel Owusu displayed a good form for his Al-Fayha outfit on Friday evening and scored to help the team put an end to a 6-match losing streak from last month.

The struggling team hosted Al Adalh at the Prince Salman Bin Abdulaziz Sport City Stadium with the sole aim of bagging all 3 points at the end of the 90 minutes.

Making their intent known from the blast of the first-half whistle, Samuel Owusu and his teammates pushed the opponent with successive attacks until Ali Al-Mazidi of Al Adalh scored an own goal on the 16th minute.

Now in control, Al Fayha held on and had the opportunity to go up by 2 goals in the dying minutes of the first half when they were awarded a penalty kick.

Unfortunately, Neto who stepped up to take the spot-kick saw his effort being rejected by the woodwork.

In the second half, the pacey Samuel Owusu took matters into his own hands and registered his name on the scoresheet to give Al Fayha the insurance goal with an assist from Carlos Villanueva.

At the end of the important win, the Ghana star earned high marks with his displays from Modernghana Sports Statistics providers SofaScore. 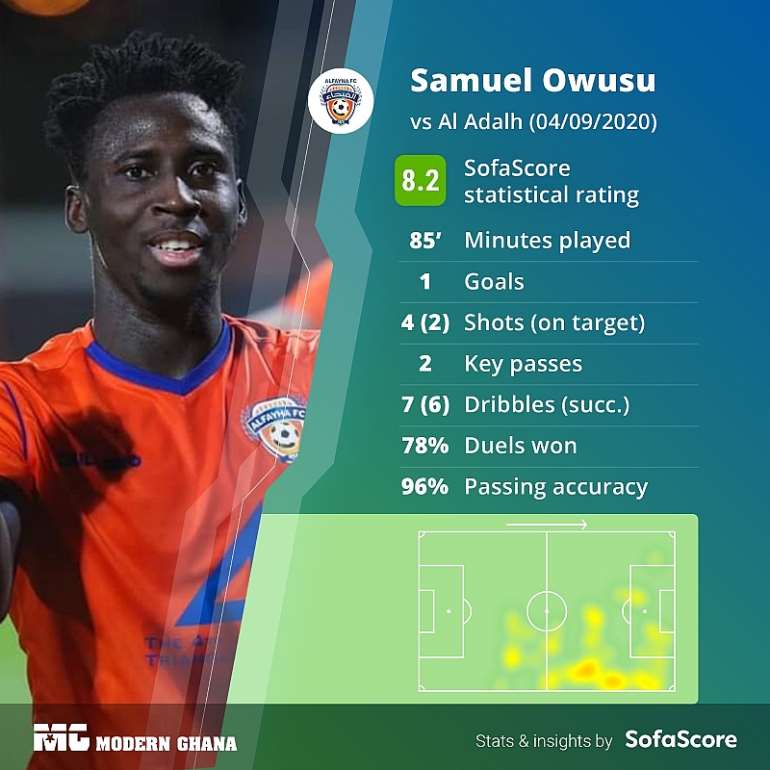 This season, Samuel Owusu has been a key man for Al Fayha. He has 7 goals from 27 appearances and will be instrumental for the team in their quest to avoid relegation at the end of the season.

356 Elephants Dropped Dead. Did This Bacteria Poison Them?

Most types of cyanobacteria that produce neurotoxins occur in marine environments, where they can cause red tides. A few species

As China Ages, a Push to Add Elevators Offers a New Kind of Economic Relief