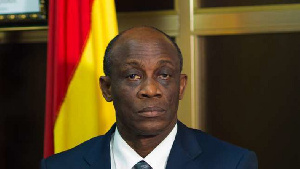 Former Minister of Finance, Seth Terkper, has joined the opposition to the Agyapa Royalties deal, criticising the decision by government to incorporate the company in Jersey, UK, a tax haven.

Government has defended the decision to incorporate the company in a tax haven on grounds that cut out the payment of extra taxes on mining royalties.

Jersey is a known tax haven and a destination for incorporating companies that want to be listed on the London Stock Exchange.

The Agyapa Royalties deal, according to government, is part of its strategy to beat the long-standing problem of lack of capital for developmental projects.

But Mr. Terkper told Citi News that that decision is likely to raise the concerns of multinationals and other state-owned enterprises who have to operate in Ghana and pay taxes.

“The idea that somehow you want to escape, the most worrisome, Ghana tax and taxes which are paid outside sends a bad signal,” the Citi News report quoted the former Minister.

“It doesn’t level the playing field for our state-owned enterprises, some of whom make profits and pay dividends. Secondly, it doesn’t send a good signal to multinationals,” the Minister added.

Meanwhile, policy think tank, IMANI Africa, has presented a detailed analysis of the controversial deal, justifying the varied opposition that has hit the agreement.

In its latest alert, IMANI Africa mentions, among other things, that the timeline of four months to IPO is problematic, unless the government has surreptitiously filed for listing.

“To ensure favourable pricing of the offered securities, the timeline for listing any MIIF SPV on any international exchange should be extended to at least April 2021. This should also allow additional scrutiny into the Agyapa transaction because, so far, it lacks the basic minimum of transparency and assurance of above-board dealing required of a sovereign transaction,” the periodic ‘IMANI Alert’ on the deal stated.